SILON HAS OPENED A NEW PLANT IN THE USA 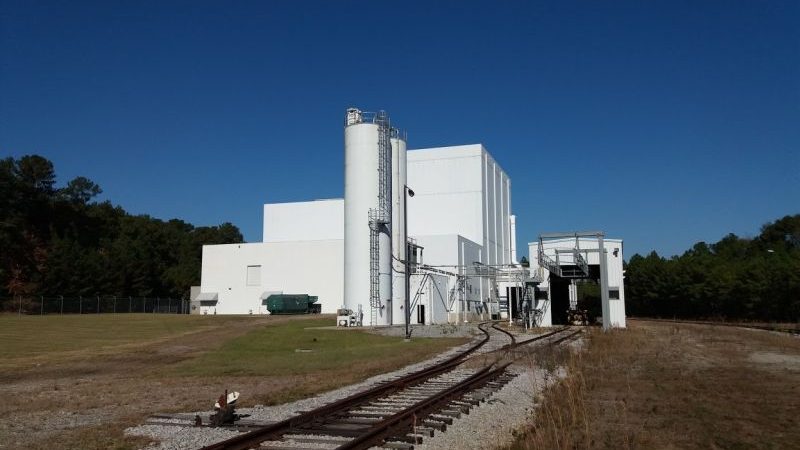 In the middle of April the management of SILON ceremonially cut the tape at the newly opened Silon, LLC production plant in Peachtree City in the suburbs of Atlanta (Georgia, USA).

The goal was to move closer to our customers in the USA and South America. The total invested sum reached 20 million dollars, whereas half of this amount was invested during the first phase. This created 20 jobs, mostly in production, management and engineering. The new plant will specialise in producing technical compounds, which will be used by the automotive and construction industries. The current capacity of the production line is up to 7,000 tons of compounds per year. We expect to increase capacity in oncoming years to up to four production lines and another 30 jobs will also be created here by 2022.

Latest news
Go to Top
We use cookies on our website to give you the most relevant experience by remembering your preferences and repeat visits. By clicking “Accept”, you consent to the use of ALL the cookies. However you may visit Cookie Settings to provide a controlled consent.
Cookie settingsACCEPT ALL REJECT
Manage consent

This website uses cookies to improve your experience while you navigate through the website. Out of these cookies, the cookies that are categorized as necessary are stored on your browser as they are essential for the working of basic functionalities of the website. We also use third-party cookies that help us analyze and understand how you use this website. These cookies will be stored in your browser only with your consent. You also have the option to opt-out of these cookies. But opting out of some of these cookies may have an effect on your browsing experience.
Necessary Always Enabled
Necessary cookies are absolutely essential for the website to function properly. These cookies ensure basic functionalities and security features of the website, anonymously.
Functional
Functional cookies help to perform certain functionalities like sharing the content of the website on social media platforms, collect feedbacks, and other third-party features.
Performance
Performance cookies are used to understand and analyze the key performance indexes of the website which helps in delivering a better user experience for the visitors.
Analytics
Analytical cookies are used to understand how visitors interact with the website. These cookies help provide information on metrics the number of visitors, bounce rate, traffic source, etc.
Advertisement
Advertisement cookies are used to provide visitors with relevant ads and marketing campaigns. These cookies track visitors across websites and collect information to provide customized ads.
Others
Other uncategorized cookies are those that are being analyzed and have not been classified into a category as yet.
Save & Accept